Divers search after healthy coral reefs, while surfers look for the ideal wave. It’s simply a matter of finding the ideal match. This list of tropical vacation hot spots spans Asia, Australia, the United States, and the Caribbean, and includes some of the world’s most beautiful islands, as well as ideas for fun things to do and destinations for all budgets, whether you’re looking for an over-the-water bungalow in Bora Bora or a bamboo hut on a Bali beach.

The Abacos, The Bahamas

The picturesque Abacos in the Bahamas, located about 300 kilometres east of Florida, provide some of the world’s greatest boating and sailing seas. With their secluded pine-fringed beaches, flourishing coral reefs, and sleepy fishing villages, these peaceful Atlantic islands, also known as the Out Islands or Family Islands, seem a world away from the crowded tourist strips of nearby Florida, with their golf carts and boats as the primary mode of transportation. These islands were established by British Loyalists, as shown by the quaint and colourful colonial houses that line the tiny streets.

Cute Elbow Cay, with its famous candy-striped lighthouse; charming three-mile-long Green Turtle Cay, which feels like stepping back in time to the old Bahamas; and Treasure Cay, on Great Abaco, with its ravishing white-sand beach lapped by waters in technicolour turquoise, are all great places to visit for a low-key vacation. Other popular islands are Guana Cay, Walker’s Cay, and Man “O’ War Cay. Fishing, diving, snorkelling, resting, and conversing with the locals are all popular activities, and with kilometres of beautiful beaches, finding your own little piece of soft, white sand is simple.

Ambergris Caye, located off the coast of the Yucatán Peninsula, is one of Belize’s most popular tourist attractions and the largest of the country’s 200 cayes. While its Caribbean beaches are better for fishing than swimming because to the abundance of turtle grass flats, the spectacular Hol Chan Marine Reserve makes up for it with excellent diving and snorkelling within a half-mile from shore.

This underwater paradise is part of the Belize Barrier Reef System, the world’s second biggest barrier reef after Australia’s Great Barrier Reef. Shark Ray Alley is a famous diving spot where divers may see nurse sharks and stingrays up close. Anglers come here to hunt for bonefish on the flats, as well as permit, tarpon, snook, and barracuda.

The island’s colourful village of San Pedro, where golf carts rule the streets and quirky eateries serve fresh seafood and Mexican-inspired cuisine, is part of the island’s allure. Because the northern section of the island is so close to Mexico, it has a significant Mexican influence, and many residents speak Spanish.

The Dominican Republic, located on the eastern side of the island of Hispaniola, is a favourite vacation destination for budget-conscious tourists, but it offers much more than beautiful beaches and low-cost resorts. With sweltering jungles, deserts, mangroves, coral reefs, savanna, and soaring green peaks, the Dominican Republic, or “DR,” as it’s known, has some of the most varied eco-systems in the Caribbean.

A world of experiences awaits you after you leave the tourist traps of Puerto Plata, Punta Cana, La Romana, and Samaná, where all-inclusive resorts line gorgeous stretches of palm-fringed coastline. Climb the Caribbean’s highest peaks, float the Ro Yaque del Norte’s clean waters, trek to waterfalls in the hot rainforest, and cycle through pine woods on mountain paths. Attractions of a cultural kind are also a feature. 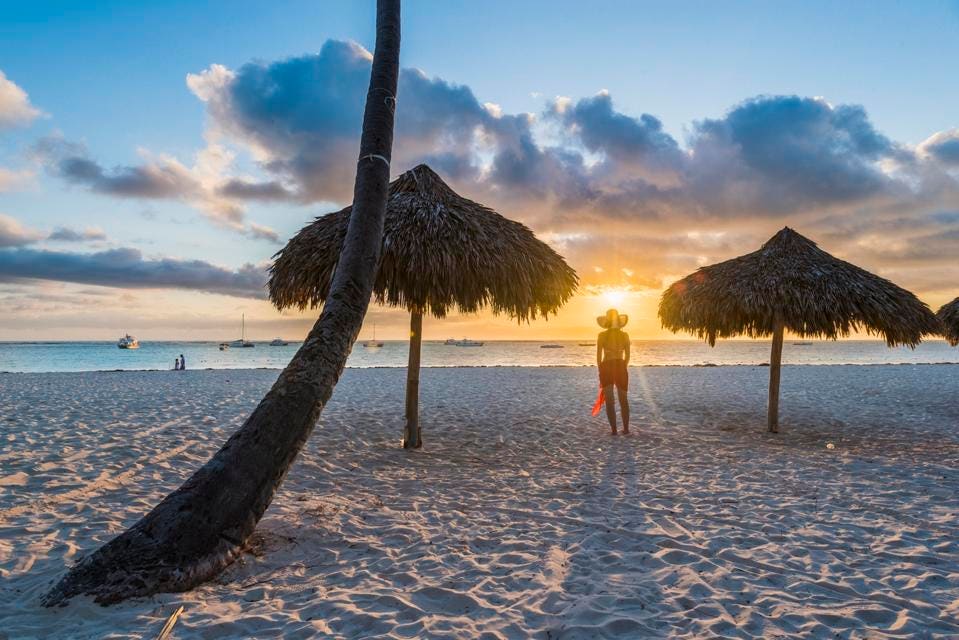 Santo Domingo, the country’s capital, is a UNESCO World Heritage Site with lovely colonial architecture and a rich history. However, if all you want to do is relax on a gorgeous beach, dive, swim, surf, and snorkel, you’ll have plenty of options.

Bali calls with its magical enchantment to those seeking a tropical holiday with a spiritual component. Bali’s magnetic attraction is enhanced by temples packed with aromatic incense, rice terraces shimmering in the late amber light, and the island’s peaceful, kind inhabitants. Base yourself in bustling Kuta or Seminyak, where you’ll also find great surf beaches, if you’re looking for a lively beach scene with plenty of stores and restaurants. Sanur, with its gentle surf, is ideal for families, while Ubud, hidden away in the verdant hills away from the tourist traps, is the island’s green heart.

Bali is also known for its reasonably priced spa services, so you may indulge without breaking the bank. From dirt-cheap hostels to luxurious villas with personal cooks and drivers, there’s something for everyone. Lombok, a nearby volcanic island with less development than its famed sister island, is also a popular tourist destination.

Port Douglas, located about an hour north of Cairns in Queensland, is a great location for adventurous nature enthusiasts. From its humble beginnings as a snoozy fishing village, this upmarket town has grown into a popular tropical tourist resort and a convenient location for reef cruises and wildlife safaris.

The Great Barrier Reef, with excellent diving and snorkelling, and the Daintree Rainforest, part of the Wet Tropics World Heritage Site, which tumbles to the reef-dappled seas of Cape Tribulation, are both just a short distance away. Four Mile Beach, a golden ribbon of jungle-fringed sand, is the town’s outstanding feature, with its lush lanes lined with mango trees and palms, as well as a concentration of luxury boutiques, cafés, and art galleries. During the marine stinger season (November to June), swimming is prohibited, although it is always a popular location for a stroll.

The Wildlife Habitat and the Bally Hooley Sugar Train, which runs through sugar cane fields to Mossman, are two more popular tourist attractions. Popular activities include fishing trips and northern journeys across the rocky environment of the Cape York Peninsula. The greatest time to visit is during the winter months, from May to September, when temperatures are lower and the weather is dryer.

The Andaman Coast is a great place to start exploring the Andaman Sea’s beautiful islands. These verdant limestone peaks rise from blue waters to create one of the most stunning seascapes on the world.

The Phi Phi Islands, which include Ko Phi Phi Don, with its many resorts, and Ko Phi Phi Leh, where the Leonardo DiCaprio film The Beach was filmed, are well-known. These islands are part of the renowned Phuket Day Trip circuit, but if you go farther out, you may still discover your own tranquil slice of paradise. More than a hundred of these emerald gems may be found in Phang Nga Bay, including the famed James Bond Island.

Krabi or Phuket, Thailand’s biggest island, are popular places to visit as a base for seeing all of this natural beauty. The breathtaking beauty extends inland in Khao Sok National Park, where you may interact with elephants in the midst of the jungle-covered peaks. Homestays from low-cost beachside bamboo shacks to luxury villa-style resorts situated on sea cliffs are all available, although even high-end resorts are more cheap here than in other tropical locations.

If you’re searching for unique culture, spicy food, and breathtaking landscape without breaking the bank, this is the place to go. Avoid the southwest monsoon, which generally hits the coast from late May to mid-October.

With its pockets of jungly trees and lengthy beaches washed by ideal barrel breaks, Costa Rica’s Nicoya Peninsula is a favourite destination for surfers and eco-tourists. Surfing is enjoyable at any time of the year.

Tamarindo, the most developed town on the peninsula, offers great surfing for all ability levels at Playa Tamarindo, as well as a diverse selection of restaurants and accommodations. It attracts a colourful mix of party-goers, surfers, families, and laid-back expats. From October to March, you may swim, dive, horseback ride, zipline, and witness turtles breeding at neighbouring Playa Grande, one of Costa Rica’s most significant leatherback turtle nesting sites.

Santa Teresa in Mal Pais, in the peninsula’s southwest corner, is noted for its great surf, yoga retreats, organic cafes, and boutique hideaways. Beautiful Nosara, surrounded by a tangle of green forest; Montezuma; and tranquil Samara, one of the peninsula’s least developed cities, are also worth considering. The Monteverde Cloud Forest Reserve, not far from these coastal resorts, protects one of the continent’s remaining pristine enclaves of cloud forest.